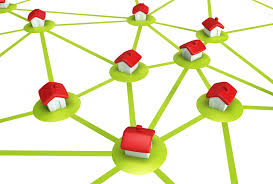 Most of my clients that run into this situation will have car loans, credit card loans and installment loans with the same Credit Union. The debtor will come into my office and explain that they want to keep the cars they have with the Credit Union and just file bankruptcy against the credit card and installment loan. Then I have to inform them that all of their loans with the credit union are connected to their car thorough a cross collateralization clause that was in the Credit Unions fine print.

I then have to explain the consequences of having a cross collateralized loan with a Credit Union. Typically, the debtor will receive his discharge in bankruptcy, stop paying on the credit card and installment loan, but continue paying the car note. Several years later, the debtor will have paid off the car note and go to the Credit Union to collect his title. The Credit Union will inform him that even though he paid off the car note, the other liens (credit card and installment loan) were never paid off and so they will not release the title to him. In most cases, the debtor is now stuck with a car that he has no title to and cannot sell, other than maybe to a junk yard. Even some junk yards will not take the car with out a title. Oftentimes the debtor has to go to multiple junk yards before finding one that will take the old car without a title.

Another option for dealing with a cross-collateralization clause is to file a Chapter 13 Bankruptcy. If the car note is old enough, then the car may be eligible for a “cram-down,” where the debtor is only required to pay back the value of the car and is not responsible for debts above the value of the automobile.

Finally, and normally the best option, the debtor can surrender the car back to the credit union in the bankruptcy and have all debts, including credit cards and installment loans, discharged in the bankruptcy. Normally, this is the best option because the credit card debt is so high it is not worth trying to pay it back. Imagine you have a $10,000.00 car with a $9,800.00 car loan, and then you have another $12,300.00 of credit cards and installment loans with the same credit union. You would have to pay back the $9,800.00 car loan PLUS the $12,300.00 credit card debt in order to eventually receive the title to the car. Essentially you are paying $22,300.00 for a car that is only worth $10,000.00. You are paying more than double what the car is worth to keep it, all while filing a bankruptcy to wipe out the debt. Many debtors choose to just surrender the car and get rid of the $22,300.00 in debt.

Trying to figure out what to do with a car that is subject to a cross-collateralization clause can be tricky. Should you keep it, surrender it, or file a Chapter 13 Bankruptcy? Making the wrong decision could easily cost you thousands of dollars. The attorneys at John W. Lee, PC have helped thousands of people file for bankruptcy. We offer a free initial consultation to help you make these tough decisions.

This may be considered Advertising Material.